Summary: For most of her teenage life, CeCe Edmonds has been dealing with the stares and the not-so-polite whispers that follow her around Edgelake High. So she has a large scar on her face—Harry Potter had one on his forehead and people still liked him.

Bryn asks CeCe to help her compose messages that’ll charm Emmett. CeCe isn’t sure there’s anything in his head worth charming but agrees anyway—she’s a sucker for a good romance. Unfortunately, the more messages she sends and the more they run into each other, the more she realizes there’s plenty in his head, from food to literature. Too bad Emmett seems to be falling for the wrong girl…

Disclaimer: This Entangled Teen Crush book involved one fiercely scarred girl who wants the new guy in town, the new guy who thinks he wants the new girl, and the new girl who really isn't sure what she wants, and the misunderstanding that bring them all together. You'll laugh, you'll swoon, you'll fall in love. (Pub Date: Apr 10, 2017)

Honest review based on an ARC provided by Netgalley. Many thanks to the publisher for this opportunity.

I had difficulty rating this book, as my love would peak many times but then I'd lose hope that this would be a really good book. In the end, I can say I enjoyed it but there was still something wrong. Maybe it's the problem when you treat this sort of plot seriously, and the author went a long way into the conflicts.

CeCe has a terrible scar on half of her face and this has inhibited her from really enjoying life. It feels that the transfer student Emmett is the only guy who is able to see the person below it but his focus is a mostly on the other transfer student and beauty of the campus—and a major airhead—Bryn. For some reason, now CeCe is exchanging emails with Emmett in Bryn's behalf and the plot just gets messier, for she's never been this honest as now she's pretending to be someone else.

Geez, Emmett takes so long to notice what is wrong that no wonder I felt anxious for most of the story. The author didn't want to stay safe and she went all out in having Emmett really thinking he is in love with Bryn. Do you see how bad that is for CeCe? So yeah, while I'm glad she didn't use clichés like "But he feels he doesn't really love her", the awkwardness didn't help me cheer for the couple.

I also wasn't too fond of CeCe, being this incredible volleyball player, who is a Chemistry nerd and can quote Shakespeare. Like, isn't that overkill? I didn't hold any negative feelings either, so I don't think she's the type who would irritate a reader. I'd just find it hilarious how she could do so much so perfectly.

Putting those complaints aside, this was a fun book. The surroundings a little different from your usual YA, sounding a little more like college. Because the main characters are athletes, they were scouted from many places and need to leave near the school. So they all group in houses, and they call the place campus. It was refreshing not to have your typical high school. But they're still high schoolers, and this is no NA. I liked this.

I also loved CeCe's group of friends. The scenes are all so much fun I wish I were their roommate. Tuba was surely my favorite, such an interesting girl! I wonder if there's place for a book dedicated to her? Bryn isn't that much of a friend, for CeCe has only met her but, believe it or not she was also one of my favorite characters. Indeed, at times it was hard to believe she could be so... intelligence-challenged? but it was worth it exaggerating that trait—or lack of one—in her personality. I do see why even CeCe would end up helping her despite all the trouble that ensued.

By the way, the scenes featuring Bryn, when she's trying to speak to Emmett what CeCe told her to were my favorite.

As you can see, I had trouble getting over the awkwardness but the book had many great scenes as well.

Check out the Tour Schedule!
http://www.chapter-by-chapter.com/tour-schedule-dont-kiss-the-messenger-by-katie-ray-presented-by-entangled-teen-crush/

Katie Ray (also known by her previous author name, Katie Kacvinsky) writes teen and new adult fiction novels. Her books have been nominated for YALSA awards, and First Comes Love was a finalist for the Oregon Book Award. Her screenplay, A High Note, was a semifinalist in the Austin Screenplay Competition in 2015. She currently lives in Ashland, Wisconsin with her husband, two children, and a slightly insane dog. 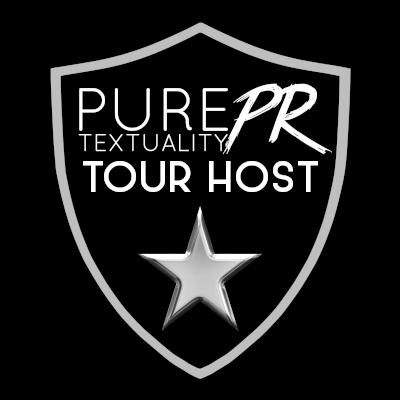